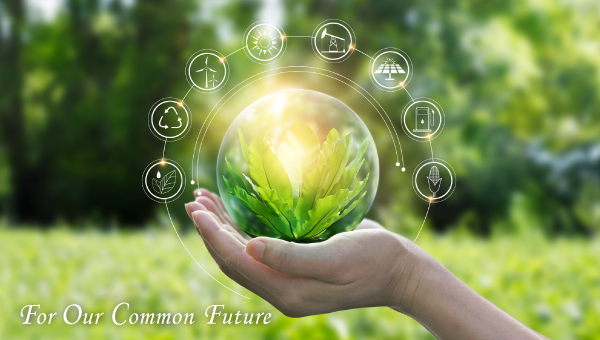 - Facilitating the CDM and specifying the conditions, terms, priorities and requirements for CDM in the Kingdom.
- Drawing up necessary standards for evaluation and approval of CDM projects, including the issuance of LoAs in case of positive decision.
- Following up the operations of the CDM Executive Board and maintain the necessary communications with it and with the concerned agencies.
- Providing information on the CDM in the Kingdom. - Promoting the CDM potential of the Kingdom nationally and internationally.

CDM
The Clean Development Mechanism (CDM), defined in Article 12 of the Protocol, allows a country with an emission-reduction or emission-limitation commitment under
the Kyoto Protocol (Annex B Party) to implement an emission-reduction project in developing countries.
Such projects can earn saleable certified emission reduction (CER) credits, each equivalent to one tonne of CO2, which can be counted towards meeting Kyoto targets.
The mechanism is seen by many as a trailblazer.
It is the first global, environmental investment and credit scheme of its kind, providing a standardized emissions offset instrument, CERs.
A CDM project activity might involve, for example, a rural electrification project using solar panels , Wind Turbines or the installation of more energy-efficient boilers .
The mechanism stimulates sustainable development and emission reductions, while giving industrialized countries some flexibility in how they meet their emission reduction or limitation targets.
A CDM project must provide emission reductions that are additional to what would otherwise have occurred.
The projects must qualify through a rigorous and public registration and issuance process.
Approval is given by the Designated National Authorities.
Public funding for CDM project activities must not result in the diversion of official development assistance.
The mechanism is overseen by the CDM Executive Board, answerable ultimately to the countries that have ratified the Kyoto Protocol.

Under the Paris Agreement, the 194 Parties to the United Nations Framework Convention on Climate Change (UNFCCC) committed to shifting the world’s course towards sustainable development and “holding the increase in the global average temperature to well below 2°C above pre-industrial levels and pursuing efforts to limit the temperature increase to 1.5°C above pre-industrial levels.”

GHG ( Green House Gases)
Greenhouse Gases Heat from the sun enters the earth's atmosphere and is either absorbed by the land and oceans or reflected back into space. Our atmosphere is comprised of naturally occurring gases, such as water vapour (H20), carbon dioxide (CO2), nitrous oxides (N0x), and methane (CH4), that form an insulating envelope around the earth that prevent heat from escaping into space. Without this essential envelope of greenhouse gases (GHG), the earth's mean temperature would be about -18°C and would be unable to sustain life.8 Scientists believe that human activities such as urbanization, deforestation, agricultural practices, the release of synthetic gases and emissions from burning fossil fuels have all combined to alter the chemical make-up of our atmosphere. In particular, they believe that human activities have released significant quantities of greenhouse gases into the atmosphere, dramatically enhancing its ability to trap heat and cause the global atmospheric temperature to rise. For example, the amount of CO2 in the atmosphere was 280 ppmv at preindustrial levels 200 years ago but has risen to 358 parts per million volume (ppmv) by 1994.9 This enormous increase corresponds directly with increases in the global atmospheric temperature.