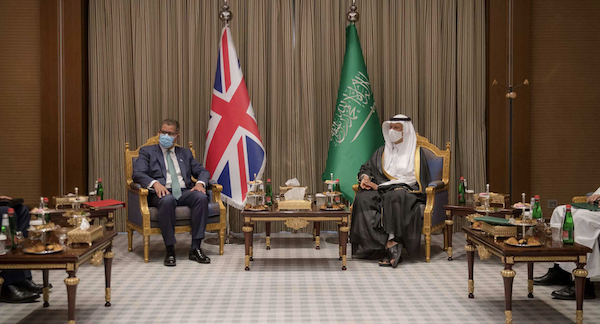 His Royal Highness Prince Abdulaziz bin Salman bin Abdulaziz, Minister of Energy, met today with His Excellency Alok Sharma, President-Designate of COP26 to the United Nations Framework Convention on Climate Change and the entourage accompanying him.

During the meeting, the Kingdom’s efforts to tackle climate change were discussed.

The two also addressed the Kingdom’s qualitative initiatives on climate change, emissions reduction and environmental protection. At the forefront of these initiatives were the Green Saudi Initiative and Green Middle East Initiative, as well as the circular carbon economy framework, which was adopted by G20 Leaders during the Kingdom’s G20 Presidency last year.

In addition, they reviewed ways to enhance cooperation in order to achieve the ambitions and goals of both parties.​